The temple of the Roman empress

At the edge of the hill above the Telesterion, next to the church of Panagia Mesosporitissa, stood another temple for which essential information is scarce. It is conventionally known as Temple L110 or the Temple of the Roman Empress. The construction required the levelling of a large area, while access became possible thanks to a monumental staircase that ended on the terrace above the Telesterion. The stairs are enclosed in lime, coarse sand and broken tiles, a trademark of Roman imperial times.

The temple looks embedded in the rock, a feeling intensified because the rock forms a large part of the building’s west wall. The stones of the diateichisma served as the upper part of the wall. From the rest of the building, only foundations survive. The threshold and part of the stone door frame are also preserved. The thickness of the walls indicates that the temple had a vaulted roof. The façade had four columns (probably Ionic) between the protruding sidewalls. The nave walls were covered in marble, and the floor had large rectangular slabs (some survive in the southwest corner). However, no trace of the cult statue foundations was found.

The temple is not perfectly aligned with the terrace in front of it, although the architects removed large volumes of rock to create the appropriate space for its construction. The building also lacks the typical dimensions of a Roman temple. The porch is relatively too shallow. Finally, the building’s orientation is from south to north, which is not in line with the Greek practice of facing the east. The temple’s unexpected orientation and small dimensions seem to have been imposed by the presence of temple F located lower.

This seemingly insignificant detail offers, perhaps, the key to attributing both temples to Sabina and Faustina, the so-called “New Demetres”. Sabina was the wife of the emperor Hadrian and received the title of “New Demeter” from the Greeks themselves. Temple F occupies an excellent position next to the Sacred Way and is highly likely to have been attributed to the deified Roman Empress. 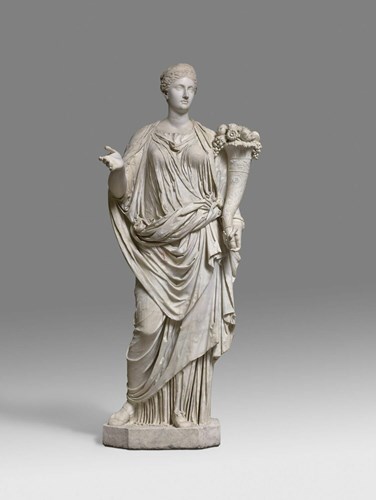 Faustina the Elder was the wife of the emperor Antoninus Pius and was deified by his successor, Marcus Aurelius. When the new emperor decided to carry out important projects in Eleusis and restore the Telesterion (which had been destroyed by the invasion of the Costoboci in the late summer of 170 AD), he probably decided to honour his predecessor's wife. After all, Antoninus Pius chose Marcus Aurelius as his successor. As there was no other place available in this area of ​​the sanctuary, the temple of Faustina was built on the artificial terrace above the Telesterion, inside the sanctuary without causing problems to the temple of the older Sabina. 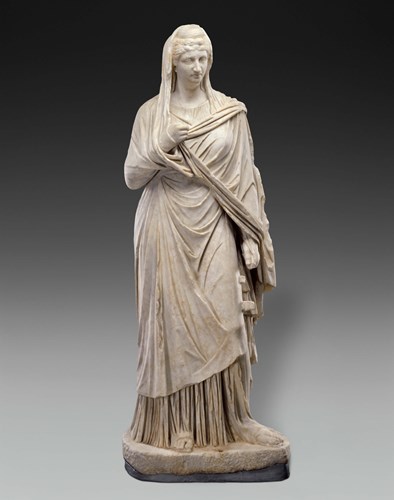