The Homeric Hymn to Demeter

The Homeric Hymn to Demeter is one of the largest of its kind and the oldest surviving text referring to the primordial worship of the goddess. It is a long poem that narrates the actions and adventures of Demeter after the abduction of Persephone, according to the local mythological tradition of Eleusis. Its creation is placed in the second half of the seventh pre-Christian century (650-600 BCE), but we do not know its creator (or creators). The hymn is written in the same measure as Homer's great epic poems (finger hexameter). It has similar patterns in spelling and narrative techniques with the repeated use of stereotyped expressions, which help the poet memorise and recite these verses. 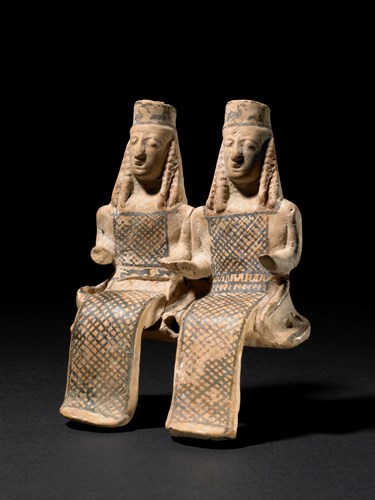 The Hymn to Demeter generally follows the standard layout and material presentation for the Homeric hymns. It begins and ends with an invocation to the goddess and the unique abilities or areas of responsibility of Demeter. The verses where her name is mentioned are accompanied by characteristic adjectives that define the goddess of agriculture. The poet sometimes seems to talk to her and remind her of past benefits to ensure that she will assist the faithful in the future according to their expectations. The poem refers to one of the most dramatic episodes of the mythical life of Demeter (the abduction of Persephone by Hades). It serves as the official narrative of the Eleusinian traditions associated with the founding of the sanctuary and the flourishing of the Greater Mysteries. Like the other hymns, this poem is placed in that transitional phase of human evolution where the world has not yet taken its “correct” form. Zeus has given his approval for the abduction of his daughter but has not informed the mother, who refuses to allow the earth to bear fruit while she laments the loss of Persephone. Humanity is threatened with extinction, but the intervention of Zeus provides the solution. Hades keeps his bride (albeit for a relatively limited time), but the terrestrial world also enjoys the benefits of Persephone's presence at her mother's side. Mortals escape from the threat of famine and gain an advantage they did not know until then (the cultivation of grain and the content of the Mysteries). A peculiarity of the Homeric Hymn to Demeter is the remarkable role of mortals. In most hymns, people do not participate much in what is happening. In the case of the Hymn to Demeter, however, we have a detailed presentation of the rulers of Eleusis and the family of King Celeus. However, the gap between the divine world and human society remains enormous. The entrance of Demeter to the palace of Celeus fills the space with bright light (and the goddess’ head reaches the beams of the roof). The goddess' attempt to make the young prince Demophon immortal ends in failure due to the human curiosity of his mother, who is waiting for Demeter at night. Demophon will eventually die, but the episode serves as a reminder of the goddess' most incredible gift to humans. Demeter's benevolence accompanies people throughout their lives (rich agricultural production) and, although it cannot save them from death, it can offer them the consolation of a better posthumous journey to the dark kingdom of Hades. The classical ancient literature contains few references to the Homeric Hymns, but their importance increased in the Hellenistic period. The greatest poet of the third and second century BCE, Callimachus, wrote hymns with clear influences from the Homeric Hymns to Demeter and Apollo. These hymns influenced the Roman poet Ovid, who composed two versions of Persephone's abduction in the Metamorphoses and in the Diary (Fasti). 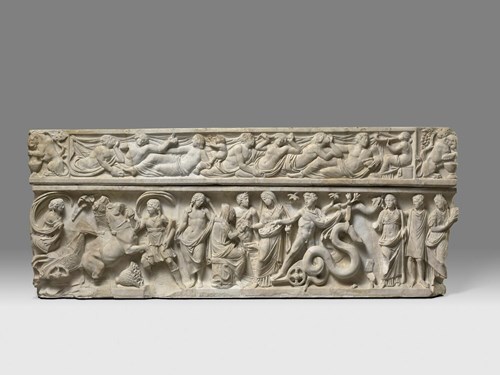 The Hymn to Demeter continued to impact artists in recent years and was a source of inspiration for many European poets, playwrights, and composers. The British poet Algernon Swinburne (1837-1909) mourns the end of paganism in the poem Hymn to Persephone (1866), while in the lengthy At Eleusis, published the same year, he presents the goddess Demeter mourning in front of the people of Eleusis for the failure of her attempt to make the son of Metaneira immortal (following the tradition of Ovid, however, this child is Triptolemus and not Demophon). The Victorian poet George Meredith (1828-1909) describes the reunion of Demeter and Persephone in the poem The Day of the Daughter of Hades (1883) but sets the scene in Sicily and invents a daughter of Persephone and Hades (Skiageneia). The French novelist and playwright André Gide (1869-1951), who wrote the libretto for the melodrama Perséphone by the Russian composer Igor Stravinsky (1882-1971), also had a special admiration for the Homeric Hymn to Demeter. Gide makes explicit references to the Homeric Hymn and introduces important innovations such as the conscious decision of Kore to remain queen in the Underworld out of mercy for the souls of mortals living forever in darkness and her marriage to Triptolemus.