Hades was the god of the dead. He was the son of Kronos and Rhea and the brother of Zeus and Poseidon. The three brothers divided the universe into three parts. Zeus received the vast heavens, Poseidon inherited the foamy sea, and Hades secured the misty darkness. The Homeric Hymn to Demeter refers to him as “dark-haired” and “the one who receives many guests”. He was famous as a deity with many epithets, either because the Greeks were afraid to call him by name or wished to appease him by laying on the attributes. In the Hymn, mighty Hades wishes to receive Persephone as a wife but fails to inform her mother or ask Demeter’s permission. He only seems to care about Zeus’ blessing. The two brothers must have been very close, for the king of the gods permits Hades to rape Persephone, his daughter. This bureaucratic approach may partially be explained by the difficulty of crossing the boundary that separates the world of the dead from the realm of the living. Only Hermes can freely move across the demarcation line. As Persephone reached out with both hands to take hold of a magnificent flower, the earth opened up under her and “the one known by many names” appeared riding on a chariot drawn by immortal horses. Hades seized Kore against her will, put her on his golden chariot and drove away as she wept. Persephone’s time in the underworld is not described in detail by the Hymn poet. But a time came, eventually, when Zeus ordered his brother to allow Persephone to return to her mother. 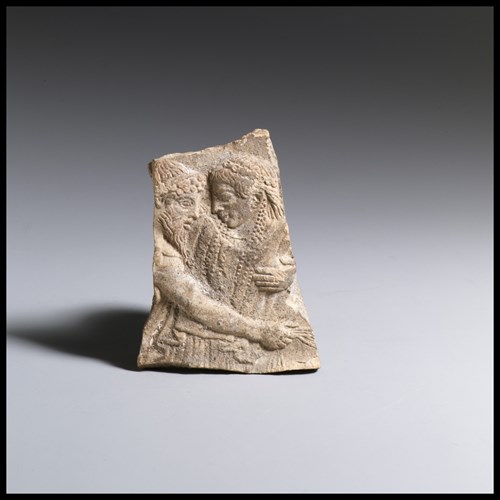 Hades could do little but obey. So he “smiled with his brows” and told Persephone to prepare to go back to the world of the living. He had a few parting words, though, in case she changed her mind. He promised her to rule over all living things on earth, receive honours among the gods, and exact vengeance against those who would not propitiate her with appropriate gifts and sacrifices. After all, he would not be “an unseemly husband” to her since he was the brother of Zeus the Father.

Persephone seemed pleased with these promises but was nonetheless eager to depart. And then Hades pulled the proverbial rabbit out of a hat. He stealthily gave her “the honey-sweet berry of the pomegranate to eat” to ensure that she would return to him. In later versions, Persephone falls in love with Hades and does not appear too keen to return to her mother. In any case, after eating the pomegranate, Persephone climbed Hades’ golden chariot and “shot out of the palace” towards her mother, leaving her prospective husband alone in the certainty that one day the two of them would meet again.