When Demeter arrived at the palace of Celeus, her hosts offered red wine. This was considered the quintessential civilised drink, while nectar was the paramount refreshment of the gods. While struggling with the pain caused by her daughter’s disappearance, Demeter refused both options in favour of a mixed potion containing grain, water, and pennyroyal (Mentha pulegium). This was the so-called kykeon, the distinctive drink of the Eleusinian Mysteries. The goddess instructed people on how to prepare the kykeon and consumed it, thus establishing a long tradition that survived throughout the history of the Eleusinian Mysteries. Drinking the kykeon served as an act of remembrance that allowed the initiates to feel closer to the goddess.

The term kykeon is pretty standard in ancient Greek and Roman sources and identifies a variety of drinks made of grain, liquid (either water, wine, oil or honey) and herbs. It seems to have been a wholesome comestible that could serve as a substitute for meals or a medicinal concoction. Depending on the herbs and the quantity used, the kykeon functioned differently, which is also evident in the case of the Eleusinian Mysteries. Pennyroyal has a soothing effect in small amounts, but large quantities could prove lethal. 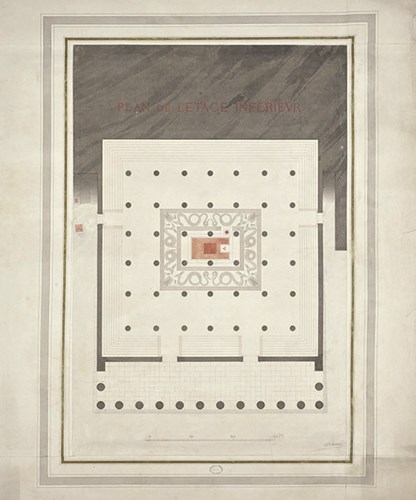 There is a lot of uncertainty regarding the exact role of the kykeon in the Mysteries. Did the initiates drink it individually or in groups? The presence of many thousands of mystai (two or even three thousand people could participate in the festival) would require many hours to distribute and consume the kykeon. When exactly did they partake of the kykeon? The most popular theory places the ritual at the beginning of the initiates' presence in the sanctuary since Demeter also drank the kykeon shortly after arriving in Eleusis. There are also conflicting theories about the drink’s preparation. The fermentation of the barley grains would produce a beverage with hallucinatory effects, but there is no confirmation that the grain was fermented. Other researchers (going back to the German philosopher Friedrich Nietzsche) suggest that the kykeon had psychoactive effects that accounted for the extraordinary visions experienced by the initiates in the Telesterion. The hallucinogenic properties of the kykeon have been attributed to the presence of a common parasitic fungus that infects barley (either Claviceps purpurea or Claviceps paspali). Whatever the ingredients or the preparation process, the priestly families of Eleusis managed to keep the recipe secret. According to the Greek poet and grammarian Nicander, who lived in the 2nd century BCE, Ascalabus made fun of Demeter for her thirst as she drank the kykeon. This irreverence infuriated the goddess, who emptied her cup over Askalabos and transformed him into a gecko. Clement of Alexandria claimed that the kykeon formed part of the sacred phrase given by the initiates in Eleusis (“I fasted, I drank the kykeon”). Still, most modern scholars reject any reference to the kykeon as a sacramental potion that enabled the initiate to form a mystic union with the goddess.